Fiction Writers ~ Why We Do What We Do!!

I was visiting my boyfriend’s parents and the discussion turned to books…my favorite topic being that I love to read and write! My boyfriend’s mom, Diane, likes to read true crime and as you all know I like to read fictional mystery. Keeping an open mind, I borrowed a couple of books from her (I am out of reading material of my own) and thought I would give it a try.
The first book I read was “A New Kind of Monster”, written by Timothy Appleby, which is an account of the secret life and crimes committed by ex-Army Colonel Russell Williams. To say that this man was a monster is an understatement but there are really no other words to describe such an animal as this!
As I read this book I was a bit more than “disturbed”, I was angry and saddened by the atrocities that his later victims had to endure. I was even more disturbed by the fact that this individual could have lived such a double life for so long and nobody, not even his wife (which I find hard to believe) ever had an inkling that something was going on. Simply amazing!

I chose this book because the crime happened close to home and as you read this post, please don't think I don't feel for the victims. As a victim of crime myself (my brother was murdered in 2006), I know what you are going through and my heart goes out to each and everyone of you. This post is not about the crimes that transpired...it is about the writing.
The other most notable thing for me as I continued to read this book was the fact that the writing, although the subject matter was interesting, just didn’t’ keep my interest the way a good book of fiction does. In some ways this bothered me. Here I am reading a book about REAL events that impacted REAL people and the book can’t keep my interest and I have to struggle to finish reading it. I kept thinking….What is wrong with me?!? Turns out – nothing as I’ve given things some thought since I finished the book and I believe I’ve pin pointed the reason for this phenomenon. What this kind of writing lacks, compared to the books I usually read,  is interaction between characters and the drama unfolding all around those characters when life is spinning out of control. As writers of fiction, this is what we bring to our story.
We bring our reader through a series of events that start with introducing our main characters and giving them personalities of their own followed by the events that lead up to the “main event”. We complete the story by wrapping everything into a nice neat package that tells the who, what, when, where, why, how and any other little bit of information we may want to add so everything that the reader has enjoyed makes sense to them. It is entertaining.
I’m not sure where I am going with this post or even why I felt moved enough to write about it here on MYSTERY WRITERS UNITE except to say: Keep doing what you are doing and producing great fictional writing for those of us who love to burrow in on a cold winter day and be entertained by fascinating fictional characters who do bad things.

P.S. A New Kind of Monster: The Secret Life and Chilling Crimes of Colonel Russell Williams

wasn't a "bad" book...just not my usual type of read.
Posted by Becky Illson-Skinner at 5:00 AM 0 comments

As I write this, Valentine's Day is winding down into the soft pinkness of evening (well, it would be soft pink in the Island resort I should be living in -- but it's February in Canada, so not), and couples everywhere are setting up and knocking down their romantic expectations. And let's not overlook the Singles... like my boss, the beautiful Natalia, who said today, quite cheerfully, "What Scrooge is to Christmas, I am to Valentine's Day." A Love Song, if I ever heard one.

And I, rushed off my feet by life and work (sound of whip), catch the Carleton Cards Store folding mall-door by the red-lacquered nails of the clerk attempting to shut it and beg for two minutes to pick a card for my husband. The same one who managed to get my card and chocolates to me this morning. Sigh. Valentine's.

So, it puts me in mind of romance and reality. Romantically, we writers of mystery and suspense will breeze through that love scene/sex scene/developing relationship character arc and somehow weave it seamlessly into a tale that not only beats with terror and discovery but throbs with hidden lusts and need, fulfilling the reader in ways not dreamt of by Fabio.

And then we attempt it and... oh, my sweet gods, is it ever awful. Soul-cringingly, rip up your printouts, awful. Like something that could win a contest awful! 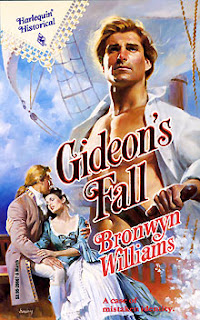 She resolved to end the love affair with Ramon tonight... summarily, like Martha Stewart ripping the sand vein out of a shrimp's tail...  though the term "love affair" now struck her as a ridiculous euphemism...  not unlike "sand vein," which is after all an intestine, not a vein...  and that tarry substance inside certainly isn't sand... and that brought her back to Ramon.

But how do you go from horrid to torrid, without breaking your main plot?


We mystery writers may think we don't have to write romance. After all, we write important stuff! Dark, creepy, suspenseful, thought-provoking stuff. But truthfully, it will be in there, in every story we write. Whether it's the fraught relationships of our main characters, the sudden attraction the the Wrong Guy, unwanted attention from a true Villain, we will at some point need to inject love in various forms into our work.

I trust you will all do that. But first... BUT FIRST! Show me the purple! Give it up in the comments, the worst, most florid romantic sex prose evah!

I want your Bad Romance.


Posted by Becky Illson-Skinner at 5:00 AM 0 comments

Hi everyone,
Okay, so you've finally finished your book and it's on the market and a couple of hundred or maybe even more have bought it. You are thrilled and you should be! Congratulations :-) Things are humming along and you are feeling pretty proud when you log into your Amazon account and come across a harsh review of your precious work. HOW could that be?? Don't worry...it happens to everyone from time to time. Believe it or not, not everyone that reads your book is going to like it or think it's great. That is part of writing...there will be people who love what you do and how you do it, there will be people that will read it and go "meh" and others that will read it and dislike it for whatever reason.
Don't be too hard on yourself at this point! Even the best known authors of our time like Stephen King, James Patterson, or John Sanford (a few of my fav's) don't always write winners every time.  It doesn't mean that you suck or you are a bad writer. Maybe you type of writing was too fast or too slow for someone. Maybe your writing isn't their usual genre of reading. Maybe they wouldn't know a good book it if hit them in the head! Instead, take what they have to say and give it the weight it deserves. For example, if they criticized the grammar then perhaps your next book should be edited by a copy editor instead of yourself and uncle Ted or if they said the plot was thin then maybe you could look at working up a stronger plot for the next book.
The bottom line of today's post is that every writer should use a harsh review as an opportunity to learn about your writing technique and to pick up tips on how to improve your writing skills. Take those negative comments and use them to strengthen your writing muscle!
Have a great day everyone!


Becky
Posted by Becky Illson-Skinner at 5:00 AM 1 comments