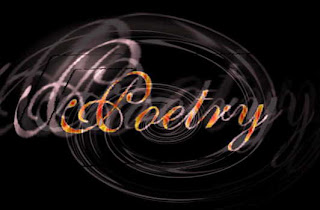 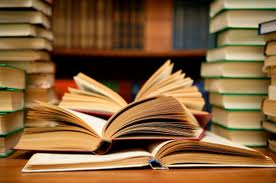 Finding a Book Publisher ~ Part II
Hi everyone and welcome back! To recap from Monday’s post, we looked at he first 5 steps that need to be completed in order to find a publisher, which were as follows:
1. WRITE THE BOOK
2. DEFINE YOUR AUDIENCE
3. RESEARCH THE MARKET
4. DO YOUR HOMEWORK
5. PREPARE YOUR MANUSCRIPT
6. SUBMIT YOUR BOOK PACKAGE – only send the editor exactly what is requested. If you are mailing a large manuscript, use a box for this purpose (available at stationary or office supply stores). Address it to the editor by name and make sure your package is sealed securely but don’t use a half a roll of tape.
7. INCLUDE A STAMPED, SELF-ADDRESED ENVELOPE – make sure you send a large enough return envelope (depending on if you want your manuscript back or not) and sufficient postage.
8. PREPARE TO WAIT – it can take two months or longer to receive a response to your query and can take up to six months or more to find out if the publisher is interested in your manuscript.
9. KEEP WORKING – don’t wait to find out if your book is being picked up or not, get started on your next book or begin building a network of followers for when your book does hit the shelves.
10. DON’T GIVE UP – it’s hard but you need to try not to take rejection personally as there could be numerous reasons as to why your book may not be a good fit for one publisher to the next. Move to the next publisher on your list and remember it take time, effort and usually many submissions to get published.
Two common questions asked are:
How do I copyright my work? Good news! It is not necessary to register your work with the Copyright Office to protect it. The fact that you’ve put your book on paper places it under your copyright. You can declare copyright ownership by typing the words “Copyright (year) by (your name)” on the first page of your manuscript.
Should I get an agent? Usually first-time authors look for an agent AFTER a publisher has expressed interest in publishing your work. You will want the agent to help negotiate your contract.
Best of luck to everyone!
Becky
Posted by Becky Illson-Skinner at 5:00 AM 0 comments

The Most Boring Thing

Here's an exercise to keep your writing muscles limber.


I turned my boss's really boring commute into this:

Tallie's nails tick-tick-ticked on the steering wheel. The dash clock blinked its seconds, but minutes snuck forward while her eyes were on the road. It's still ok, she thought. Still closer to nine than ten. Tallie punched the radio on. That woman was still droning on about art in the community. "Ugh." She slapped it off.

Any other day. Any other day, it would have been fine to be late. She looked out the window to her right. Would it be faster off here? No. The lineup of cars with their exhaust mingling with the sleet ran all the way back behind the exit she'd just passed. Tallie breathed out slowly, let her head sink down onto her hands.

If only it were Monday. Why did it have to be a Tuesday? Nothing good ever happened on a Tuesday. She wondered if the lawyers knew that. Hers was a good one, a real detail guy, Dad said. He'd have noticed, surely.

If it was Monday, she'd just be on her way to work. She'd be late, but she wouldn't be rushing. Could never rush. Tallie hoped she could still go to work after this was over.

Tuesday. Seven months, twelve days ago. First Tuesday in April. Late for work, driving too fast. The light. Yellow, then red. Pushing it. The white Honda. The driver, a woman. Her face, surprised...

The car behind her honked, startling Tallie. She looked at the clock. Nine fifty two. Then she knew. The woman was already there, waiting. Waiting to see if Tallie had any sense of remorse. The woman would be at the hearing, right now, Para Transpo driver smoking in the hall, waiting to take her back to her own busy schedule: physio, group, crafts.

So would the judge.


Posted by Becky Illson-Skinner at 5:00 AM 1 comments

When a son is killed by a career criminal who spends just a few months in jail for his crime, the father can either accept the decision of the court, or make his voice heard: When it happens to Tom Gray he chooses the latter and takes retribution to a whole new level. His five-day campaign reaches a global audience and targets the British government, who need him alive, but four thousand miles away an up-and-coming figure sees the chance to make a name for himself and travels to England with one mission: kill Tom Gray.
Posted by Becky Illson-Skinner at 5:00 AM 0 comments

Love you all, Goodnight!
Posted by Becky Illson-Skinner at 5:00 AM 2 comments

Finding a Book Publisher ~ Part I

Finding a Book Publisher - Part I

For those of you that don’t have the time, money, energy, know-how or patience to go down the self-publishing route (it does take all of these things to get it done), this post may be for you!

Let’s get the first misconception out of the way right of the bat – you don’t have to have an agent, or connections within the industry, to get published. However, you do need to know how to submit your work in the most professional manner possible and you need to ensure that you have what a perspective publisher will require if they are interested in publishing your work. Imagine getting that email, phone call or letter from an interested publisher and within the first few moments you discover that you don’t have what they need in order to publish your work? It would be catastrophic!

1. WRITE THE BOOK – not an outline or the first few chapters but the entire book. The first thing a publisher will want to establish is that you have the skill, stamina and discipline to complete a full-length book; they are interested in selling a product not your ideas.

2. DEFINE YOUR AUDIENCE – you ask some writers the question, “Who is your targeted audience?” and they don’t know the answer. You should be able to answer this question because it will help you choose an appropriate publisher. Also, you need to be able to define what genre your book belongs to. Not wishy-washy statements like “its sort of a mystery-romance with some sci-fi elements” because statements likes this will only confirm that you either haven’t refined the concept of your work or that you don’t understand the book market. Think in terms of how books are stacked on the shelves at your local Chapters.

3. RESEARCH THE MARKET – I know…research, blah. This is a critical step that can’t be avoided. You don’t want to call just any publisher listed in the book to see if they might be interested in publishing your work. Instead, focus on publishers that publish work that is within your genre. If you are not sure who publishes work in your genre, visit your local Chapters or library and see which publishing houses have published books in your genre.

4. DO YOUR HOMEWORK – you can find out promising publishers in the current Writer’s Market (available in bookstores), which lists what publishing companies are buying and their rates and will let you know how to approach the editor (e.g., some publishers want to see the entire manuscript whereas others only want a query letter outlining your idea). Of course, if you need more information you can write or call the publisher to request a copy of their writer’s guidelines. Another resource for publisher information can be found in the Literary Market Place (in the library reference section of your local bookstore).

5. PREPARE YOUR MANUSCRIPT – make sure that your manuscript is printed on high-quality white bond paper and never use erasable paper or a dot-matrix printer. Make sure you double-space your manuscript and leave a 1-inch margin on all sides, number your pages, check your spelling (not with just a spellchecker), use a clear readable font in 10 or 12 pt., don’t justify your right margin, don’t mix fonts or overuse boldface or italics. If you have further questions about how to format a proposal, query or manuscript you can consult The Writer’s Digest Guide to Manuscript Formats.
Remember to check back on Friday for the final 5 steps and some commonly asked questions.
Have a great day!

Becky
Posted by Becky Illson-Skinner at 5:00 AM 0 comments

What Can YOU Write in 6 Sentences or Something Like It!

Voting for what the Sunday post should be about has only been open for a week, which isn't enough time to make a decision. Let's give it another week and see where we end up and what idea is the most popular according to all of YOU.

So far, the numbers stack up as follows:

Idea One: The Online Story

I will let all of you know next Sunday which idea was the best of the four according to those that visited an let their wishes be known. If you need more information in order to cast your vote (maybe this is your first time visiting MYSTERY WRITERS UNITE or you missed last Sunday's post) take a few minutes and read the post from last Sunday.

I encourage you to get your vote in and make your voice count. This website is being structured around YOU the reader so let's make it what you want!
Becky
Posted by Becky Illson-Skinner at 5:00 AM 0 comments